A gondolier and his dog

We were walking near the Salute Church when a local dog began following Maggie. After giving her a sniff-over from behind, the dog circled around for a nose-to-nose encounter: 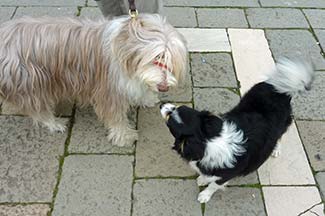 "Another tourist," the Venetian dog thought with disdain: 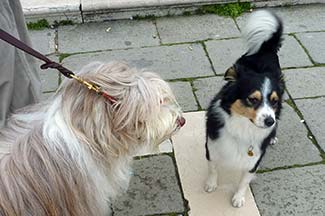 Suddenly a gondolier appeared and scooped the dog up, either to prevent an altercation or because he had a waiting customer. He posed for a photo with his gondola's canine mascot: