Farewell to a rabbit relative

Coco, a big white rabbit with black spots and floppy ears, had been with the couple and their cockatiel Henry for nearly eight years.

She never made it to Italy, but during her lifetime, Coco's moves and road trips took her to more than a few of the United States: She emigrated from a pet shop in Front Royal, Virginia to Hollywood, South Pasadena, and San Francisco in California before heading for the Midwest.

Coco was a large but lively rabbit who loved to hop around the living room and tolerated the attentions of Jackson, our young grandson, who joined the household long after Coco had arrived on the scene.

Coco's family will miss her, and so will we. We'd like to honor her memory with several pictures of Coco and the people who cared for her: 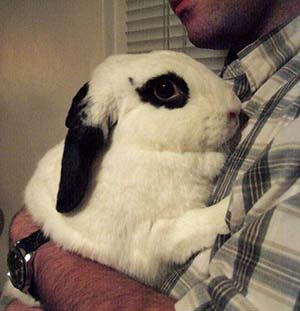 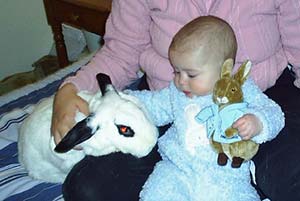 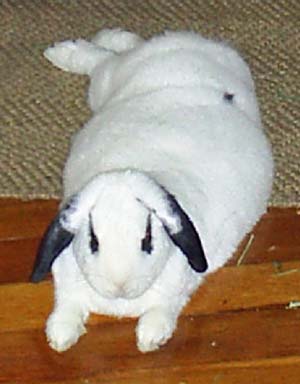