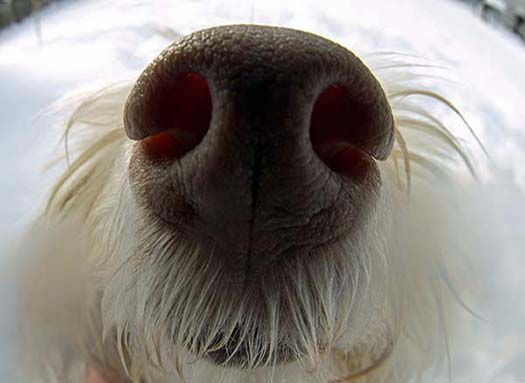 Now that residents of Venice and the Veneto have voted unofficially to secede from Italy, regional authorities are looking for ways to identify true Venetians so that Italian loyalists from out of town won't be able to rig the results of any legally-binding referendum on secession and reinstitution of the Venetian Republic.

So far, the most popular proposal has been to train volunteer "sniffer dogs" in DNA detection through nasal scanning.

In the photo above, Maggie shows how the process will work:

No official referendum on independence has been scheduled, so the current DNA-collection plan is merely a pilot project. Still, the city authorities are hoping to recruit a core group of canine volunteers in anticipation of future needs.